Speaking Up for Social Justice

“And if we want peace, we must work for justice, or else nothing that we gain will be worth the cost.”

Rebels and Refugees, a song by Robert Caldwell

Andrew and I were at lunch this week. He referred a client to me from his network of clients. The client is a wonderful company and I work with the owner and her son as they prepare for succession to the next generation. It’s work I love and it gives me meaning.

We were discussing some political event. I don’t normally discuss politics with people I suspect of being on the other end of the political spectrum from me. Due to Andrew’s work as an investment advisor to wealthy people, I figured that would be where his beliefs lay.

But for some reason I did. I said, years ago I was asked to run for Congress by a representative of the Democratic Party. At the time I was still running our business and couldn’t both run for office and run the company, so I passed on the opportunity.

Andrew asked, “Why Democratic?” I thought for 5 seconds and said, “Social justice.” I 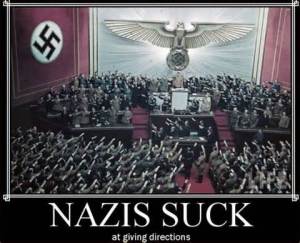 related my connections over the years with 3 people, 2 African American and one Jew who escaped Nazi Germany by the slimmest of margins.

These were some of the finest people I’ve ever known and the way they were treated at times in their lives led me to be adamant in my belief that all men and women deserve our respect and decency until they prove themselves unworthy of it. I don’t see that in the right wing of American politics today and it is inexcusable in my opinion.

He said he’d never thought of it that way. His clients always talk about making money, investing it, growing it and minimizing taxes. There is seldom, if ever, any talk of the needs of others. It was like a light went off in his mind. If my words can have that effect, it is my obligation to speak up more often and spread the word of social justice.

It's been the blessing of my life to receive the teaching and friendship of some extraordinary people. I want that wisdom to outlive me by sharing it with others. MentorBoom, is intended to do that and to help us all find ways to live more satisfying and fulfilling lives.
View all posts by MentorBoom →
This entry was posted in Uncategorized. Bookmark the permalink.

1 Response to Speaking Up for Social Justice